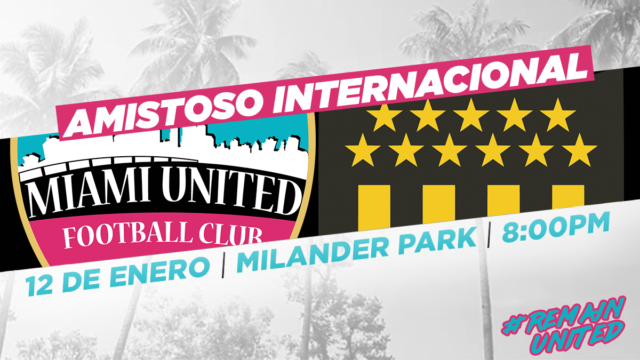 MIAMI (December 28, 2018) – Miami United F.C. confirmed yesterday their first match in 2019 will be against Uruguay‘s latest Champion Club Atlético Peñarol. After a historic run in the 2018 Lamar Hunt U.S. Open Cup, Miami United has set new goals for what it seems to be a crucial year in the club‘s history.

Since its foundation the team has always thrived for the exponential growth of the sport within the multicultural and unique community in Miami. The sport may very well be at its highest since the club‘s inception adding relevance to this match.

Peñarol will play this match as they start the 2019 preseason defending their 52nd National Title. Miami United will face this new challenge as they get ready to add the NPSL Founders Cup to their competitions.