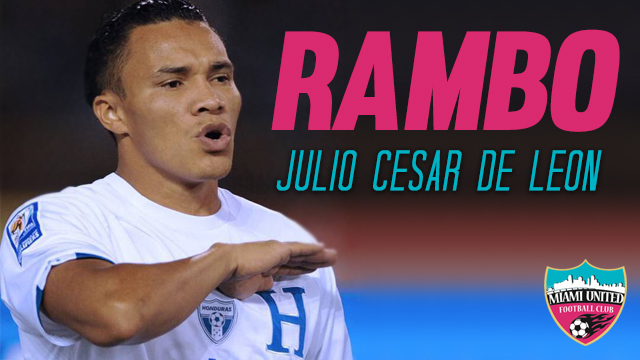 Julio César de León is known for being a free-kick specialist and was an important key for the Honduras National Football Team appearing in 83 international matches and scoring 14 times. “Rambo” as he is some times called has spent the majority of his career playing for various top flight Italian clubs such as AC Florentina, Genoa, Parma and Torino, as well as a number of Honduran clubs like CD Motagua, CD Olimpia and Platense FC. Highlights and player announcement below!

Julio César de León scores twice for Honduras vs the US.