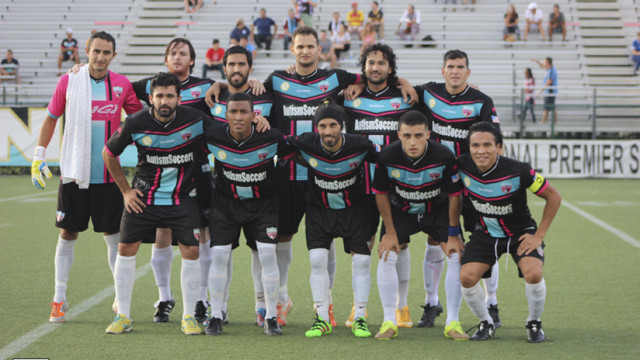 Miami United win again! Not only were the players able to put 5 in the back of the net, but the defense came up big too keeping a clean sheet till the final whistle. The evening was full of excitement. Ingacio “Nacho” Calcagno took home the “Man of the Match” honors, scoring twice, once in the first half and again in the second. However, Ezequiel Tejera may have stolen the show with his 50 yard golazo. Terejra took advantage of the keeper’s botched clearance. The ball flew high in the air before landing at Tejera’s feet, however a high bounce meant quick action had to be taken quickly before Fort Lauderdale’s defense could swop in. No problem, Tejera simply ripped it of a bouncing volley sending the ball up high and over the keeper who was scrambling to get back into position.