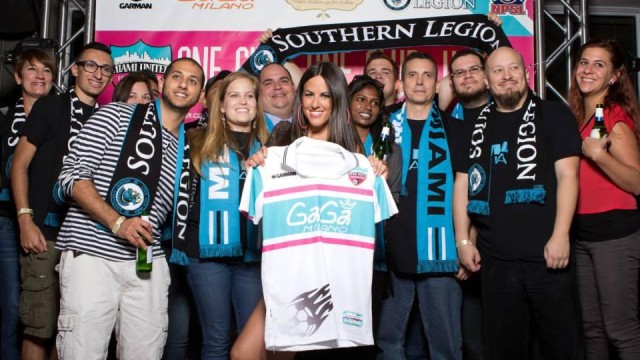 Miami United FC officially ushered in the 2014 NPSL season in style, red carpet and all! Fans had their chance to meet Miami United players and staff at Miami’s Segefredo Brickell. Several members of the media showed up such as VamosTV and beIN Sports. Miami-Dade Sports Commission also turned up. Miami United was also proud to welcome Hope For Autism members to the event. Soccer legends  Leandro and Diego Serna also came out to support the club. All in all over 500 people showed up to show support for the club. It was truly a historic night for Miami United FC.